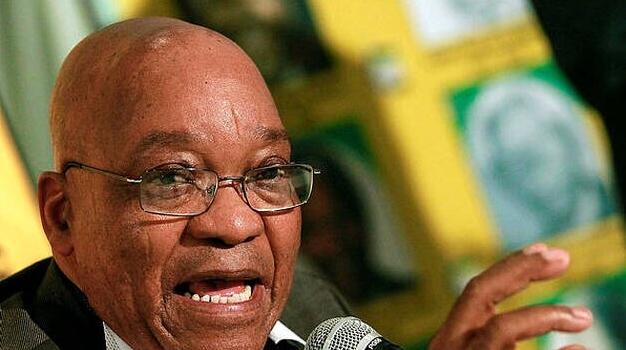 Two fugitives have been arrested in the United Arab Emirates. They are suspected of having played a major role in the Corruption affair at the top of the South African state during the presidency of Jacob Zuma.

Two prominent suspects belonging to the sulphurous Gupta family, at the heart of a vast state corruption scandal involving former South African President Jacob Zuma, have been arrested in the United Arab Emirates, announced on Monday June 6, 2022 the Ministry of Justice.

“The Ministry of Justice and Corrections confirms that it has received information from authorities in the United Arab Emirates (UAE) that fugitives Rajesh and Atul Gupta have been arrested,” the South African ministry said in a statement. .

The authorities of the two countries are in discussion on the procedure to follow, the ministry continues, adding that “the South African government will continue to cooperate with the UAE”.

South Africa is seeking to bring to justice the three brothers of Indian origin and businessmen, Ajay, Atul and Rajesh Gupta, accused of plundering public resources under the Zuma era (2009-2018). An Interpol international wanted notice was issued in July against Atul and Rajesh Gupta.

A damning report published in 2016 detailed how siblings close to Mr. Zuma won lucrative government contracts and participated in the management of state affairs, including the appointment of ministers.

The Gupta brothers had fled South Africa shortly after the establishment in 2018 of a commission to investigate widespread corruption during Mr Zuma’s nine years in power.

These cases contributed to the fall of the latter, forced to resign. Sentenced to prison in July for contempt of court and now on parole for health reasons, his corruption trial is still ongoing.

A section submitted in April of the report of the anti-corruption commission of inquiry mentions that “it is clear that from the start of his first term, (former) President Zuma was ready to do whatever the Guptas wanted him to do. do for them.”

Jacob Zuma’s successor, current President Cyril Ramaphosa, has made the fight against corruption his priority. But he himself was heard by the anti-corruption commission.

In 2019, the US Treasury imposed sanctions on the Guptas, freezing their assets under US jurisdiction and notably prohibiting international banks with operations in the United States from doing transactions with them.