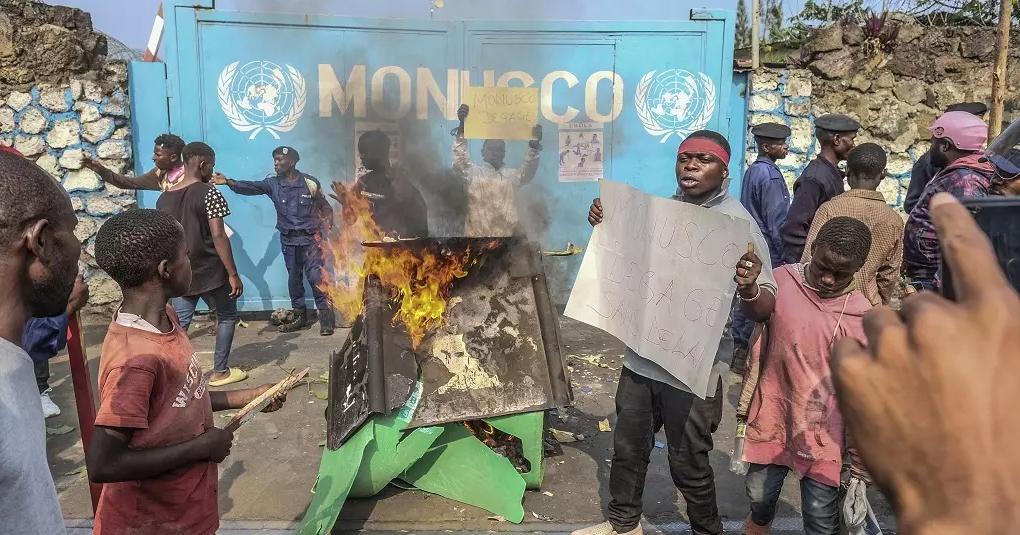 UN Secretary-General António Guterres said he was “outraged” by the deaths of two people on Sunday when peacekeepers opened fire on a border post with Uganda in the troubled eastern Democratic Republic of the Congo.

Guterres emphasizes the need to establish responsibility for these events. The UN Secretary General also supports the arrest of the military personnel involved in the incident and supports an immediate investigation.

Video of the incident circulating on social media shows men, at least one dressed as a police officer and the other as a soldier, approaching a convoy held up on the other side of a fence in Kasindi, Beni territory, on the border with Uganda.

After a verbal skirmish, the alleged peacekeepers shoot until the gate opens and drive past the checkpoint.

“For unknown reasons, the soldiers of the intervention brigade of the forces of Monusco, returning from vacation, opened fire on the border post and broke through it. This serious incident resulted in deaths and serious injuries,” the UN mission said in a statement.

According to the mission statement, Monusco head Binto Keita said she was “deeply shocked and horrified by this serious incident.”

“Faced with this heinous and irresponsible behavior, the perpetrators of the shooting were identified and arrested pending the conclusions of an investigation that has already begun in cooperation with the Congo authorities,” Monusco said.

“Contacts have also been established with the country of origin of these servicemen so that a trial can be urgently initiated and demonstrative sanctions applied as soon as possible,” the UN mission added. The nationality of these peacekeepers was not mentioned.

The DRC government “condemns and deeply regrets this horrific incident in which two compatriots were killed and 15 injured,” spokesman Patrick Muyaya said in the evening.

Together with Monusco, the authorities “have launched an investigation to establish responsibility, establish motives for such a crime and obtain strong sanctions against the peacekeepers behind the tragedy,” he confirmed.

Kinshasa, while urging the Congolese people to “remain calm”, warns that “an adequate peacekeeping force will no longer be able to join the Monusco contingents until the plan to withdraw these UN forces from the DRC is completed.”

Last week, bloody demonstrations, accompanied by destruction and looting, took place in a number of cities in the east of the DRC, demanding the withdrawal of UN forces from the territory.

In Goma, Butembo, Beni and other cities, protesters attacked Monusco facilities. During the violent protests, 19 people were killed, including three peacekeepers.

The protesters accused the peacekeepers of being ineffective in fighting the roughly 100 armed groups responsible for the chaos that has raged in the eastern provinces for almost 30 years.

One of the largest and most expensive UN missions, Monusco, has been in the Democratic Republic of the Congo since 1999. It currently has over 14,000 peacekeepers with an annual budget of one billion dollars.

During his visit to the DRC on Saturday, the head of the UN department, Jean-Pierre Lacroix, said he “came to speak with the Congolese authorities to explore the means by which we can avoid the recurrence of such tragic incidents and, most importantly, improve communication to achieve our goals.”

“We hope that the conditions will be met, in particular the restoration of state power, so that Monusco can complete its mission as soon as possible and make room for other forms of international support,” he said.